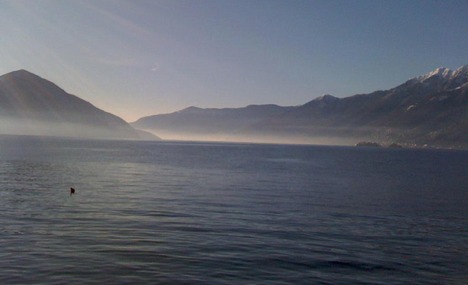 ampcarlos Says: Over the weekend I had the chance to go to the New Orleans Jazz Festival. I spent the day and stayed into the evening. All of the info is at the website below.

ampcarlos Says: Over the weekend I had the chance to go to the New Orleans Jazz Festival. I spent the day and stayed into the evening. All of the info is at the website below.

yumyum Says: The St. Peter and Paul church (Santi Pietro e Paolo) dominates the view of the shoreline of Ascona. Therefore you cannot miss it. It is set back one block from the promenade.The church was first mentioned in 1264. It consists of a long hall with a wooden ceiling and two side…

loisl Says: If you have smaller children then you should visit the nice playground at the lake with them.There is also a Trampoline-bungee jumping possibility there, allowing kids from 3 years up.

loisl Says: The church goes back to the 16. century back and became around the middle of the 18. and 19. Century extensively restored.The church has three ships and has a completely colored and decorated polygonal choir, the marble-altar of 1786 and the altarpiece, which is displayed…

Did I miss out shopping?

evancheong Says: Yes!! You definitely need some shopping when you are travelling. Hmm…..I’m not suggesting souvenir shops. In fact, a lot of shops in Ascona are antiques, art galleries and jewellery shops. These shops are situated at the back of the small alleys behind the chain of…

evancheong Says: I was very lucky to be travelling around Ascona during the New Orleans Jazz Festival. This is a yearly event and is called JazzAscona. There were many invited guests from New Orleans jazzing up Ascona. You can pick up 1 of the brochure in a hotel and flip through the daily…

loisl Says: If you look for the special spice in your life, why not do the famous Bungy-Jump like James Bond, alias Pierce Brosnan, in “Goldeneye” on the original scene???

Visit one of the tallest dams in Europe

loisl Says: In the nearby Valle Verzasca you find a very big dam, on of many in Switzerland, built to produce electrical energy.Height: 220 meterCrest length: 380 meterYou can walk over the crown of the dam and enjoy the spectacular view down to the valley ground.You think the dam looks…

See all 13 Things to Do in Ascona 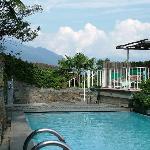 1 Review and 28 Opinions Ascona is a beautiful part of the world and the Riposo Hotel matches it perfectly. It is not flash… 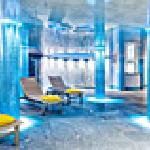 See all 41 Hotels in Ascona

yumyum Says: This is my favourite place in Ascona to have a take-away ice cream. Two scoops in a waffer cone or a little container cost CHF 6.00 (May 2009). I had mocca and fiore di latte which was delicious. They make their ice cream themselves.The place itself looks very popular as it…

loisl Says: Great place for Pizza and other local & italian food.Great selection of wines. Locals drink it from the typical Boccalino Pizza Salame Piccante with a Boccalino filled with Merlot del Ticinoand our son loves the bunny.shaped kids pizza

evancheong Says: The main reason for dinning at Hotel Tamaro was because I wanted to catch a live jazz band playing over brunch. Personally I find it was very expensive given it was a buffet but the spread was very limited. For the price you pay, it wasn’t value for money. But the band was…

See all 4 Restaurants in Ascona

yumyum Says: We came to Ascona by public bus no. 1 from Locarno railway station. The bus takes close to 20 minutes to reach Ascona post office which is the end of the line. Buy your ticket from the vending machine at the bus stop or from the driver. If you travel on some sort of Swiss…

yumyum Says: I actually wondered whether to put this tip under transportation or rather under things to do. I guess it is something that one should do in nice weather and when one has enough time.I once took a ship to the Brissago islands from Ascona which makes a real nice outing. There…

See all 2 Transportation in Ascona

evancheong Says: I happen to chance upon this shop that sells only things related to music like magnets of treble, base clefs, notes. Even notepads with musical scores writen on it. Interesting shop if you like things with a dash of music touch. The things range from notepads to magnets,…

See all 1 Shopping in Ascona

loisl Says: Many visitors are surprised, but yes, we have poisonous snakes in Switzerland.Meanwhile because of limitations in their habitats they are very rare, but still watch out for them if you sit on rocks or grab onto stones on the ground.If you are biten, stay calm and see a…

loisl Says: The Ticino is known for heavy rain and that causing floodings.Be aware if locals or the authorities speak out warnings, it can be serious!

See all 2 Warnings Or Dangers in Ascona

Bicycle tours for the tough ones

loisl Says: If you are a tough guy why not ride into the Valle Verzasca and visit the village at the end of the valley – Sonogno.You climb from Ascona at at 193 meter to Sonogno at 918 meter.The distance is approx. 30km.Try to avoid weekends and local holidays, there is a lot of car…

See all 1 Sports & Outdoors in Ascona

yumyum Says: You may be surprised to see a wall of footprints on the promenade. At first, I didn’t really know whose they were but then I was told that the German national football team stayed here during the Euro 2008 for two weeks and that’s the souvenir they left.

Walking along the promenade

yumyum Says: The promenade along the lakeside is my favourite spot here in Ascona. So, each time I come here on a day trip I have to walk up and down and have my ice cream (gelato). Note the trees along the lake before they get their leaves. They do look rather funny.Also, when you hang…

See all 3 Favorites in Ascona